How can I simplify complex territories?

Sales Territories are ideally adjacent, contiguous, and without holes. Isolated zip codes and island areas all add to the complexity of a territory. Ideally you will end up with complete polygon shapes. 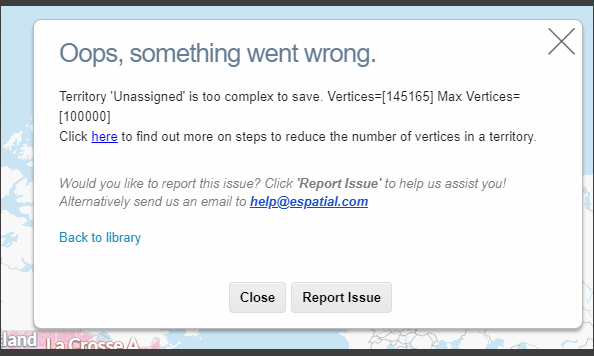 If you receive a warning in eSpatial that your territories are "too complex" to save, this means that there are too many vertices (boundary nodes or edges) in the alignment identified in the error message. The causes of this are likely to be as follows:

Steps to resolve this